skip to main | skip to sidebar

EVIDENCE IS ALREADY IN: OBAMA PRESIDENCY IS A FAILURE. --Republicanpundit

I saw this coming, and most of my conservative fellows did also.

This is apocolyptic to the country because:

1. It lets our enemy know what we have done to obtain information and what we are willing to do now.


Republicanpundit
Posted by Randall (Fats) Morrell at 6:28 PM No comments:

OBAMA IS OUR APRIL FOOL!!!!

To all those who voted for Obama: You deserve your April fool.

publicanpundit
Posted by Randall (Fats) Morrell at 10:02 AM No comments:

RAPE OF THE CONSTITUTION #2

Wow, is the president both the Commander in Chief and Chief Cars Salesman?

Now barney fife..er frank wants to control salaries on everybody.

America, we have to put the breaks on, or the next Presidential address starts out with "We are dealing cars, yes sir, and nobody walks till the hog talks, come on down to 1600 Pennsyvania Avenue for a good deal"

Republicanpundit
Posted by Randall (Fats) Morrell at 7:03 PM No comments:

TO HELL WITH TEA PARTY'S. LET'S HAVE A CIGARETTE PARTY.

Obama signed a bill raising the tax on cigarettes from 39 cents to $1.10 per pack.

I say let's show him our butts!!!!. Save all butts and send them to Washington. That is where the biggest butts in the world reside.

Republicanpundit
Posted by Randall (Fats) Morrell at 9:12 AM 1 comment:

More Obama "love your terrorist" nonsense. Plus, a Navy Award to John "traitor, Haditha John)Murtha. Disgrace to veterans, such as myself. 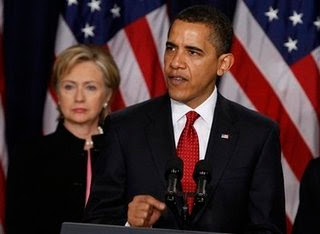 THE RAPE OF THE CONSTITUTION

here is today's outrage!!!
Posted by Randall (Fats) Morrell at 4:42 PM No comments:

THIS IS A REAL LAUGHER, NOT

Obama declares victory on war on terror. Now it is the "Overseas Contingency Plan".

Now if that does not scare the hell out of Al Queda, nothing will.

What a joke. Wait, you say this is not a joke?
Posted by Randall (Fats) Morrell at 8:36 PM No comments:

After the November elections, I was (and remain) disheartened and dissapointed by the decision of the American Voting Public to elect Barak Obama. I and my fellow posters on Hangrightpolitics and other pages tried to warn the public about the risk of electing Mr. Obama (Or for that matter, any other democrat).

How has Mr. Obama failed: There are too many ways to count and could require a 10 page post, but I will point some highlights.

1. A 9 trillion deficit. The deficit was bad enough, but his announced plans will triple it. His actions are starting the failure of the U.S. monetary system.

2. He promised a middle class tax cut, but (like Clinton or any other democrat president) he has already backed off of it. Unfortunately for the tax-payers, this was one of the few ways he could have improved the economy, but he failed to follow through.

3. He promised to stop congressional earmarks, but his first legislative bill included approximately 900 earmarks in the 800,000,000,000 financial bailout plan.

4. He cannot get several cabinet members past the Senate.

5. His liberal policy is already headed for abject failure, just as they have in the past.